The main exhibition of the Museum of John Paul II and Primate Wyszyński is in the ring surrounding the dome of the Temple of Divine Providence. It is located at a height of 26 meters (eighth floor) and covers about 2,000 square meters.

The exhibition tells the story of two patrons of the Museum – John Paul II and Primate Stefan Wyszyński – against the background of the century in which they lived. Its chronological framework covers the period from 1901 (the year of birth of Stefan Wyszyński) to 2005 (the death of John Paul II).

The exhibition shows the influence of both heroes of the Museum on the fate of the Church and Poland as well as their contribution to preserving the faith and national and cultural identity of Poles and the overthrow of communism. 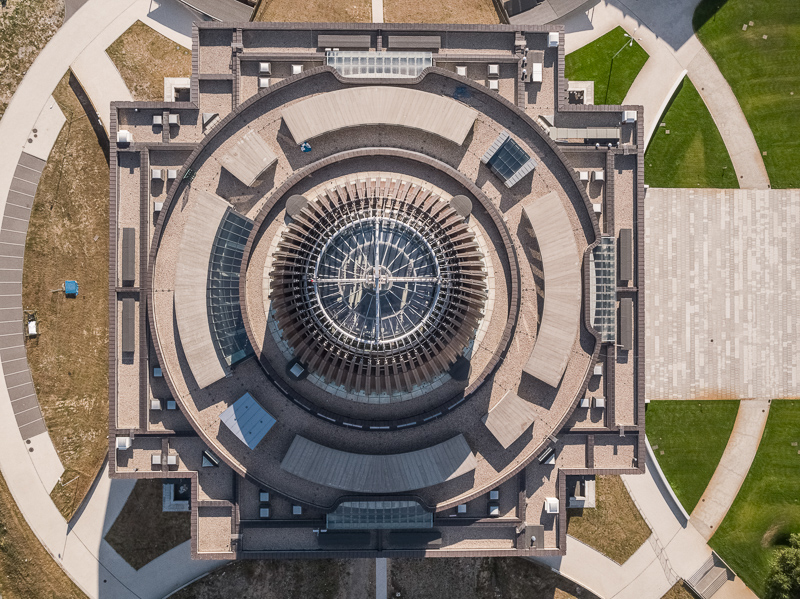 “God’s bell the Conclave’s petty strife has stilled:
Its mighty tone
Brings news of Slavic hope fulfilled –
The Papal Throne!
Pope who will not – Italian-like – take fright
At sabre-thrust
But, brave as God himself, stand and give fight:
His world – but dust!

Made radiant by the Word, the Pontiff’s face –
A torch that guides
The faithful swarming towards that lighted place
Where God resides.
Obedient to his prayer and his command,
Not only men,
But, if he wills, the sun itself will stand:
Power beyond ken!” 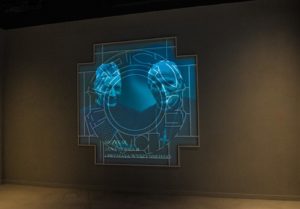 “Together with you I would like to sing a song of thanksgiving for Providence, which today allows me as a pilgrim to stand in this place.”

The first pilgrimage – the beginning of the community. We move in place and time. It is June 2nd, 1979, Victory Square in Warsaw. John Paul II refers to Polish history, heritage and calls the Holy Spirit during the homily. The Result? The rise of Solidarity and the fall of communism.

A space composed of three smaller sections in which the story about the family homes of our heroe unfolds, but also refers to our common residence – the homeland. Zuzela, where Stefan Wyszyński was born in 1901, is under the Russian partition. The birth of Karol Wojtyła in 1920 coincides with the rebirth of Poland, but also with a new threat – Bolshevism. For both heroes, the war is a traumatic experience. 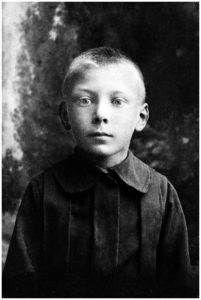 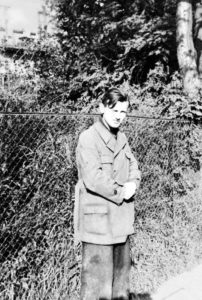 “Discovering the word through literary or language studies, I couldn’t help but approach the mystery of the Word.”

In 1938, Karol Wojtyła moves with his father to Cracow. He studies Polish studies and writes poetry & plays for the theater. This unique time in his life is reflected in the section with objects from the photo studio of Paweł Bielec: an antique camera and archival photographs including some of young Karol with his friends from the theater.

“They won’t make me hate them.”

Father Stefan Wyszyński as a chaplain of the Warsaw Uprising in Laski, persecution of the Church during the Stalinist period and imprisonment – this section brings together a wealth of topics. Of these, the internment of the Primate in 1953-1956 and his noble attitude towards persecutors stand out in the foreground. 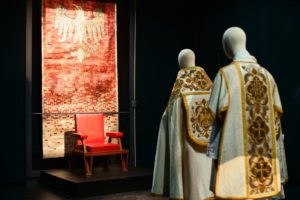 “She is a caring mother, just like in Cana in Galilee.
It is a demanding mother – just like every good mother is demanding.
At the same time, however, she is a supportive Mother: the power of her maternal heart is expressed in this.”

Jasna Góra as a unique place in the history of Poles. Here we remember the history of pilgrimage and great national events related to the Pauline Monastery. We also show the personal relationship of our heroes with the Black Madonna. 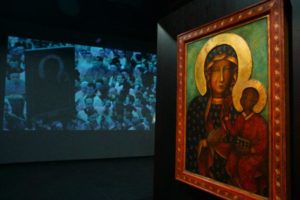 The dullness and hopelessness of communist reality clashing with the plethora of the Vatican colors of the Second Vatican Council (1962-1965). In the adjacent spaces we show cardinal contrast. Stefan Wyszyński and Archbishop Karol Wojtyła as pastors dealing with problems in Poland (protests, efforts for freedom of religion, creating the Church as an area of ​​freedom) and participants of one of the most important events for the Church of the 20th century. 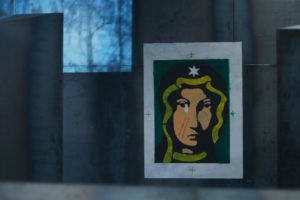 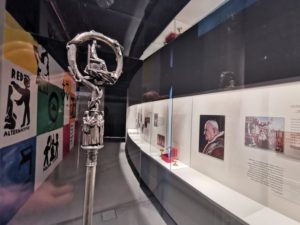 THE ROOM OF TEARS

“Today, John Paul II stands before you for the first time.”

Election of Krakow Cardinal Karol Wojtyła as pope. Aldona Mickiewicz’s realistic paintings reflect the transformation of the new Church Father, who at the Sistine Chapel, in a space called the Room of Tears (Stanza delle Lacrime), has moments for reflection and prayer. There he also dons white robes.

“Humankind is the way of the Church.”

The one who set off into the world. The richness of the pontificate of John Paul II finds symbolic expression in an impressive scenography. The remarkably sized boat is a reference to Łódź of Piotrków. Its break in the middle refers to two tragic events of 1981 – the death of Primate Stefan Wyszyński and the assassination of John Paul. Here is also a separate space dedicated to the apparitions of Our Lady in Fatima. 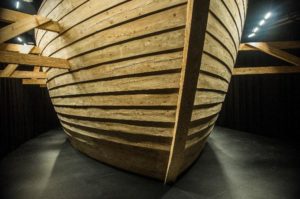 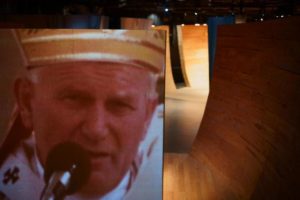 “Go deep. Christ is with you.”

Testament of John Paul II. Another large film projection in the museum space is a memory of the last day of John Paul II and his funeral. A strong accent is the Pope’s message to young people for the new millennium. There is one of the most interesting exhibits in the museum – a copy of the garb which John Paul II wore when he opened the Holy Door to commemorate the jubilee of the third millennium, made by the Italian atelier sewing for the popes. 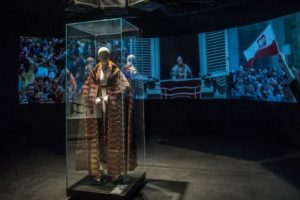 “The future of man depends on these ten simple words.”

The Ten Commandments in the painting vision of Stefan Gierowski. In the section, we present paintings of the greatest representative of the modern avant-garde. 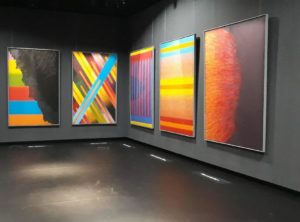 The exhibition tells the story of two patrons of the Museum - John Paul II and Primate Stefan Wyszyński - against the background of the century in which they lived. 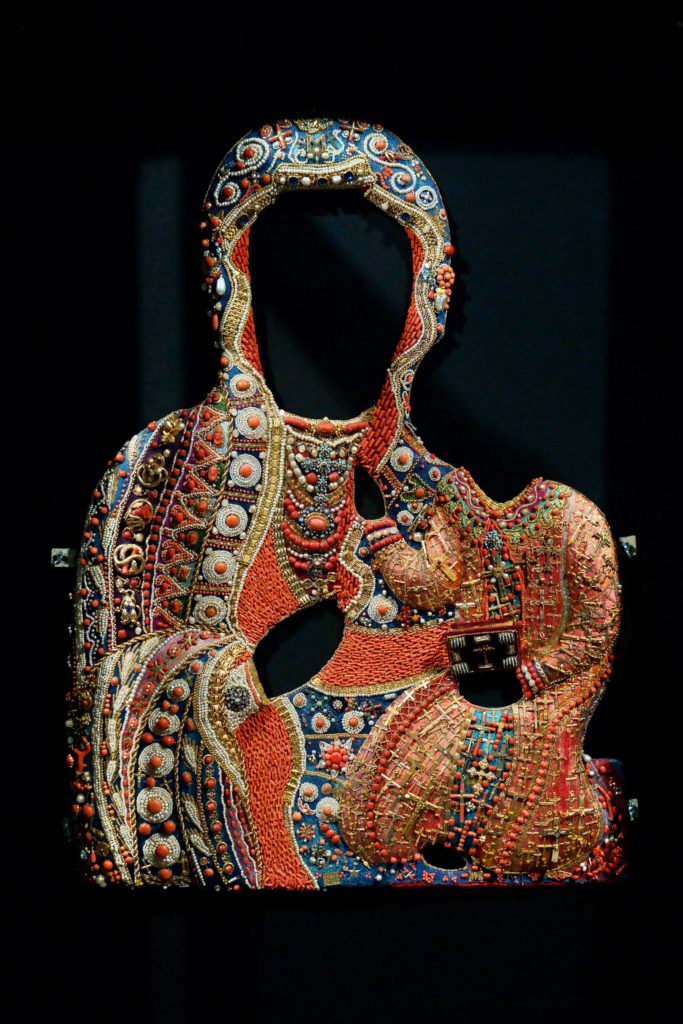 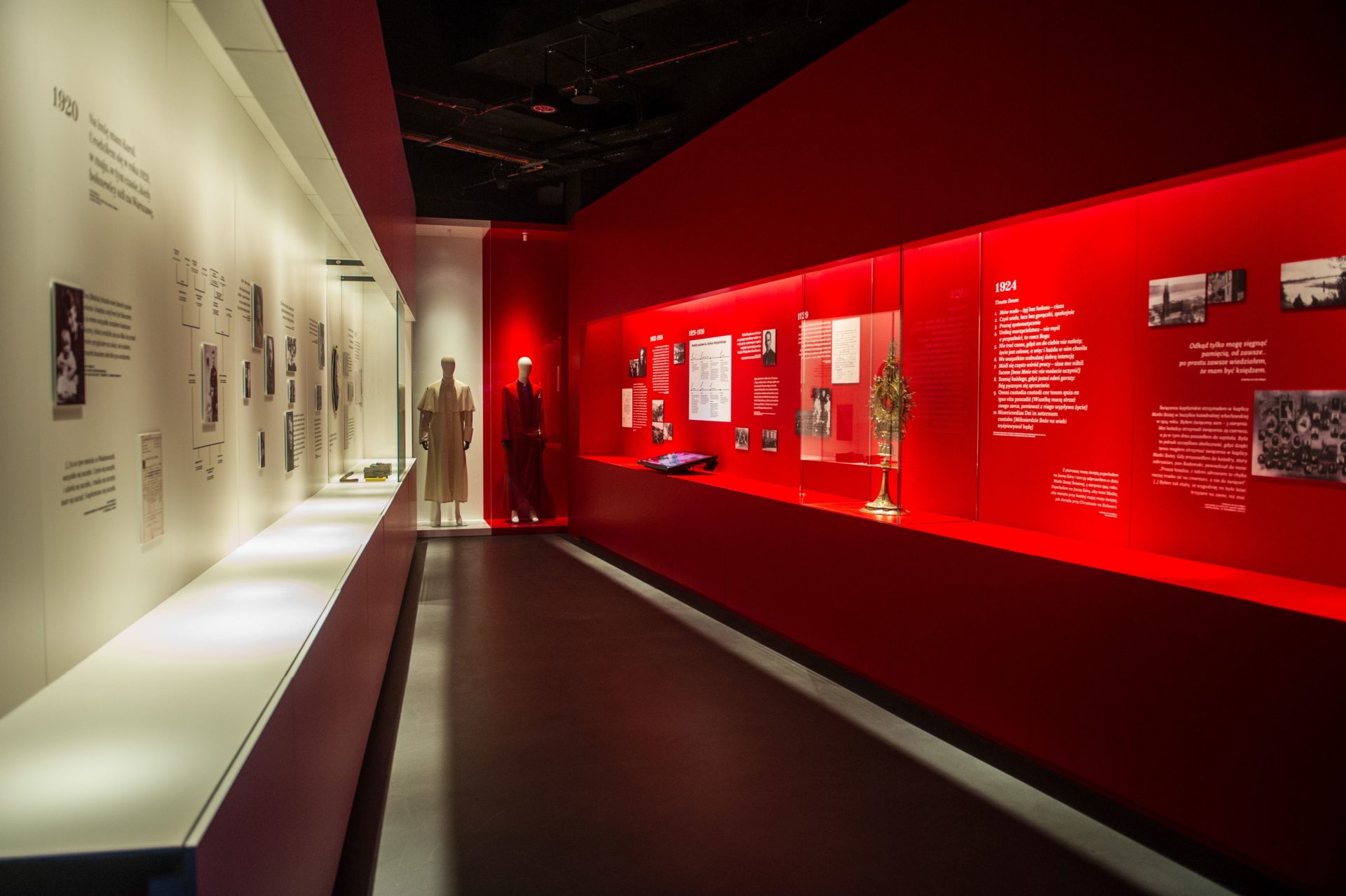 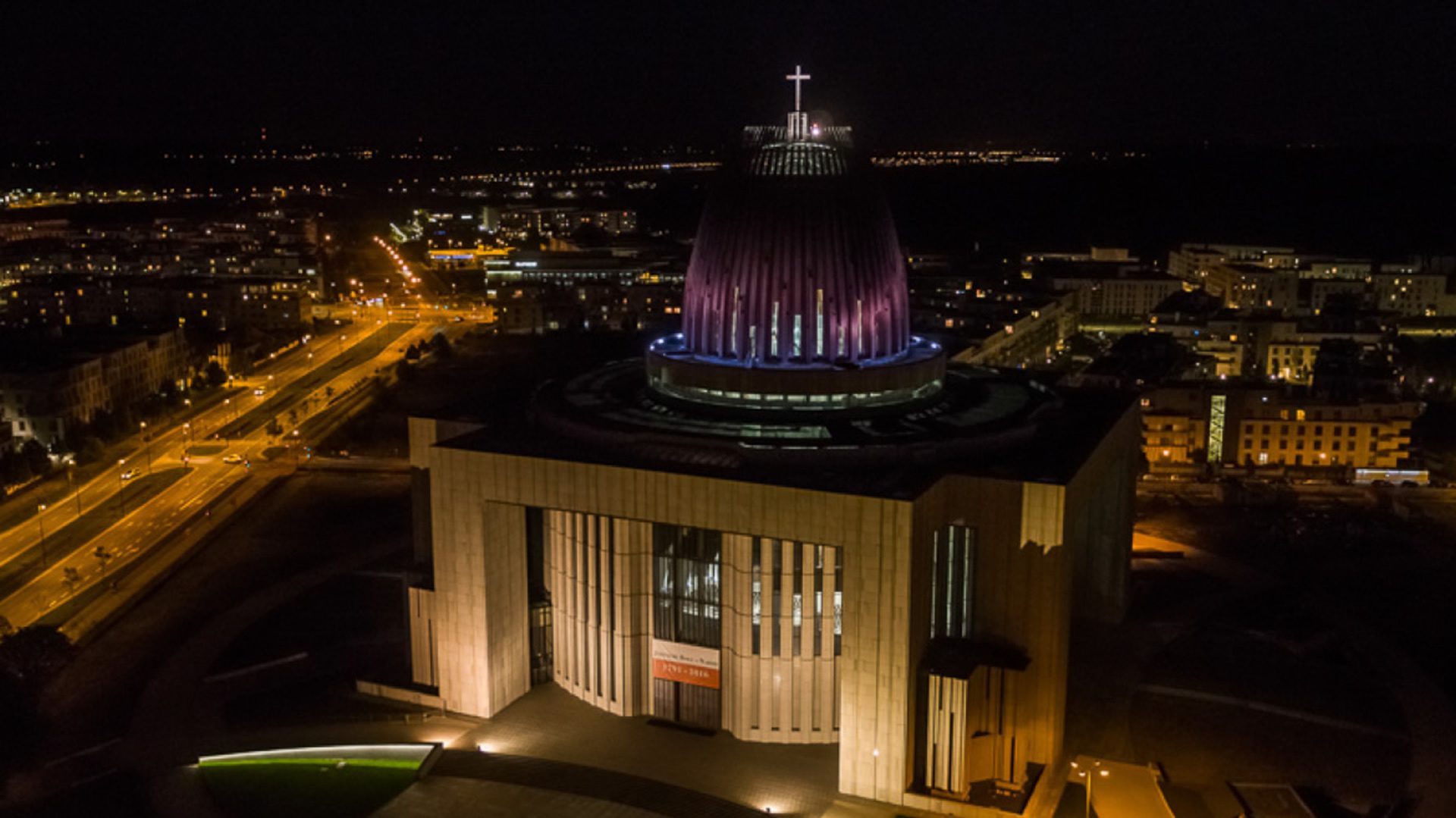 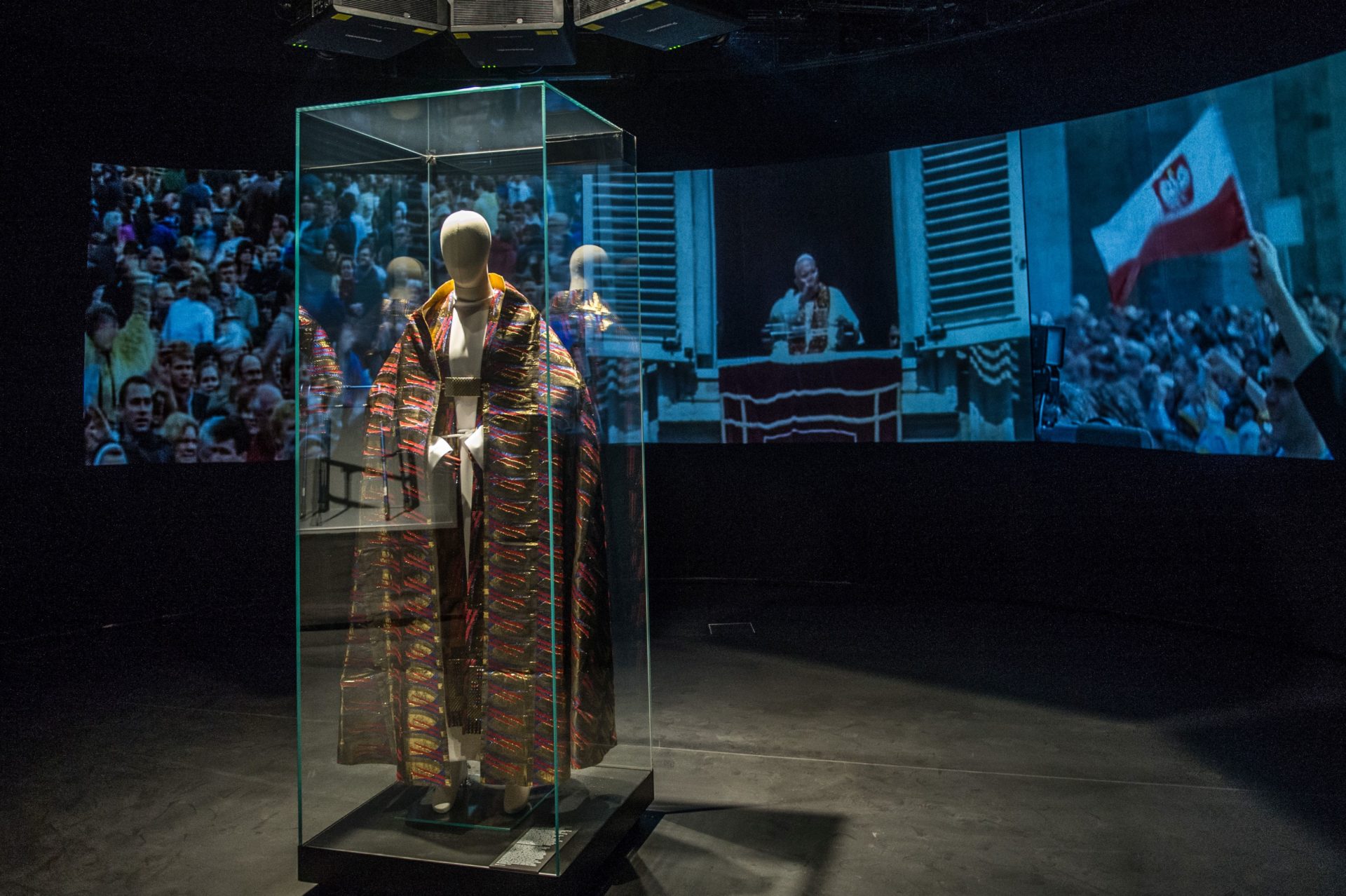 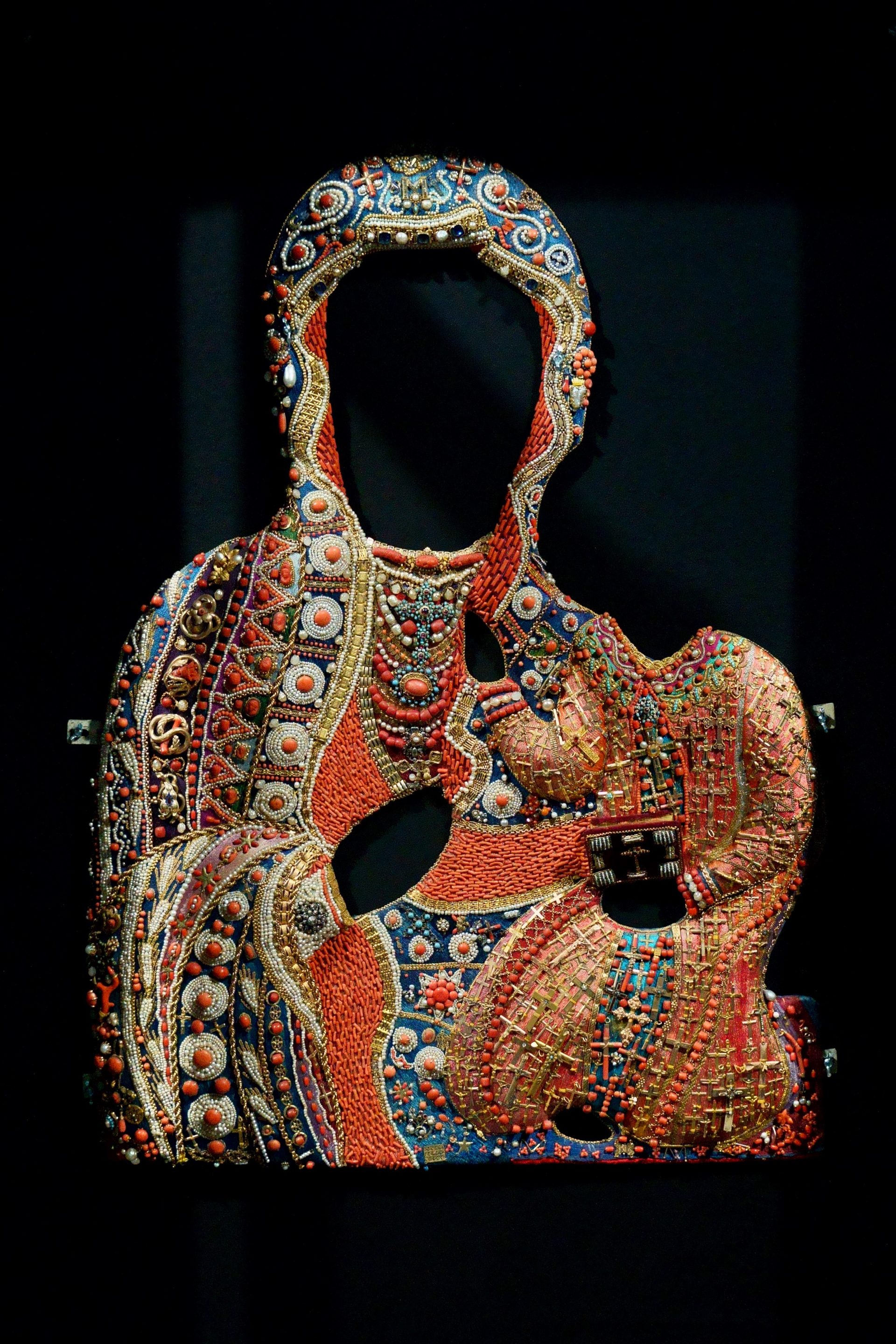 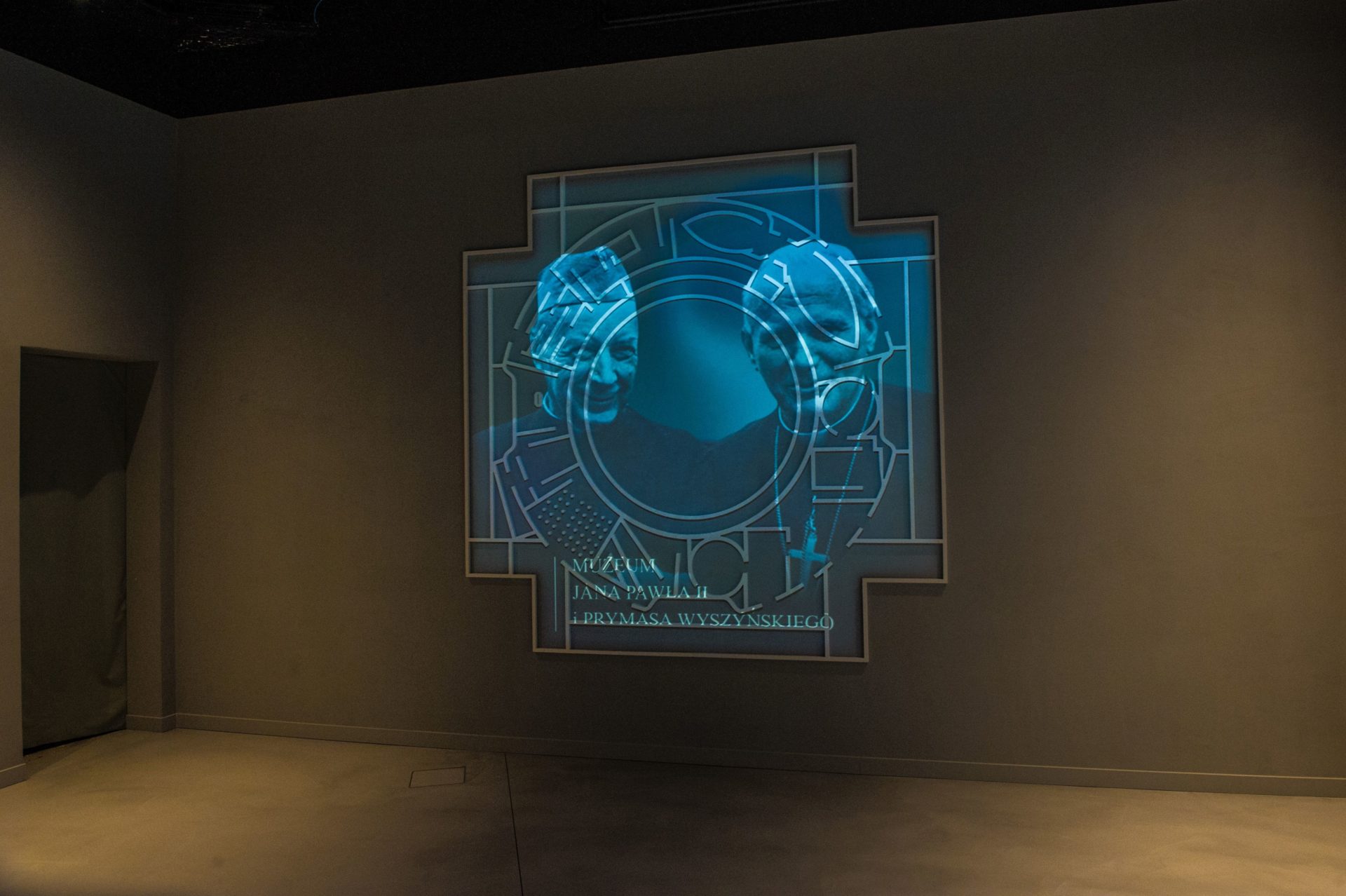 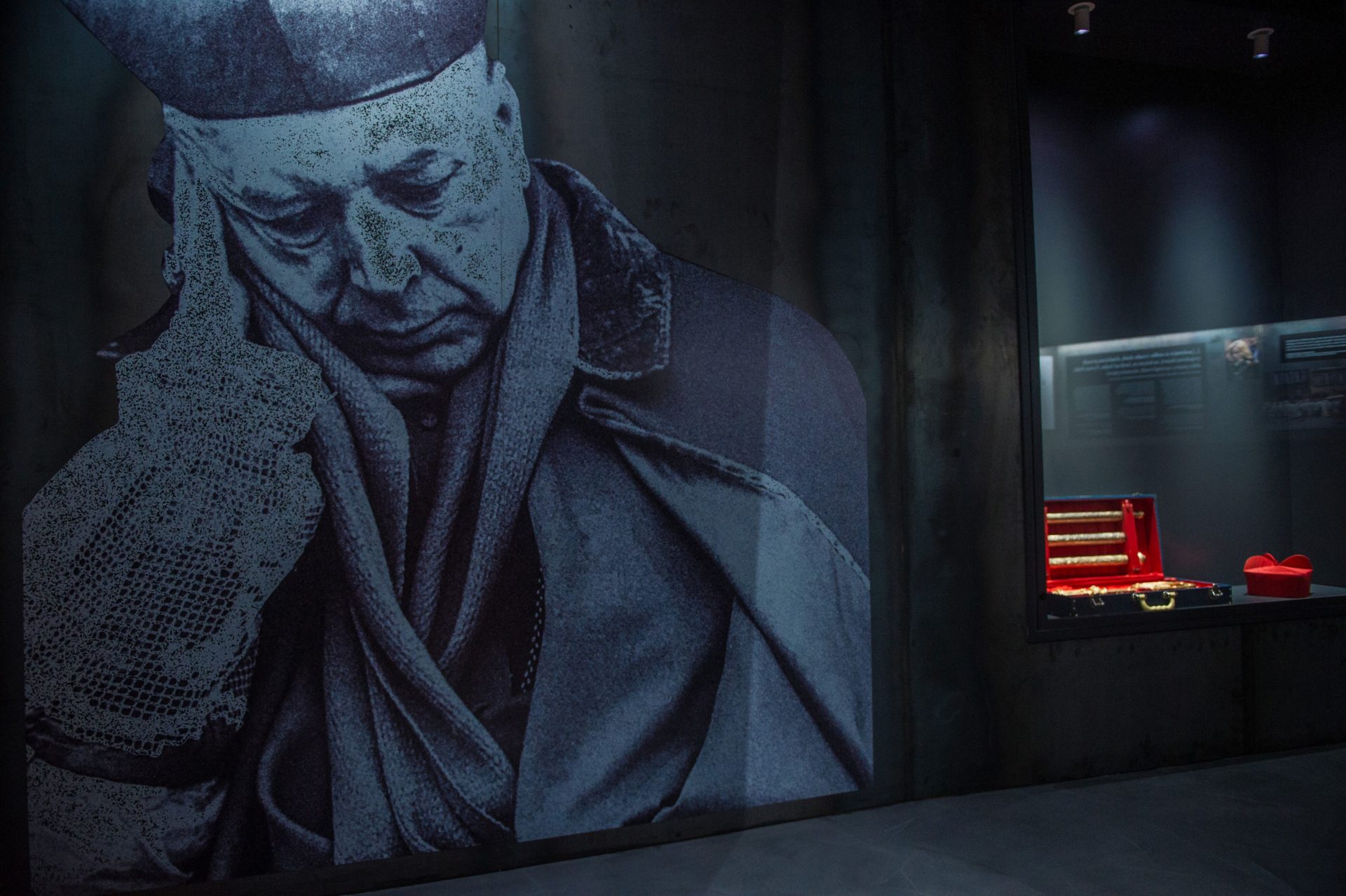 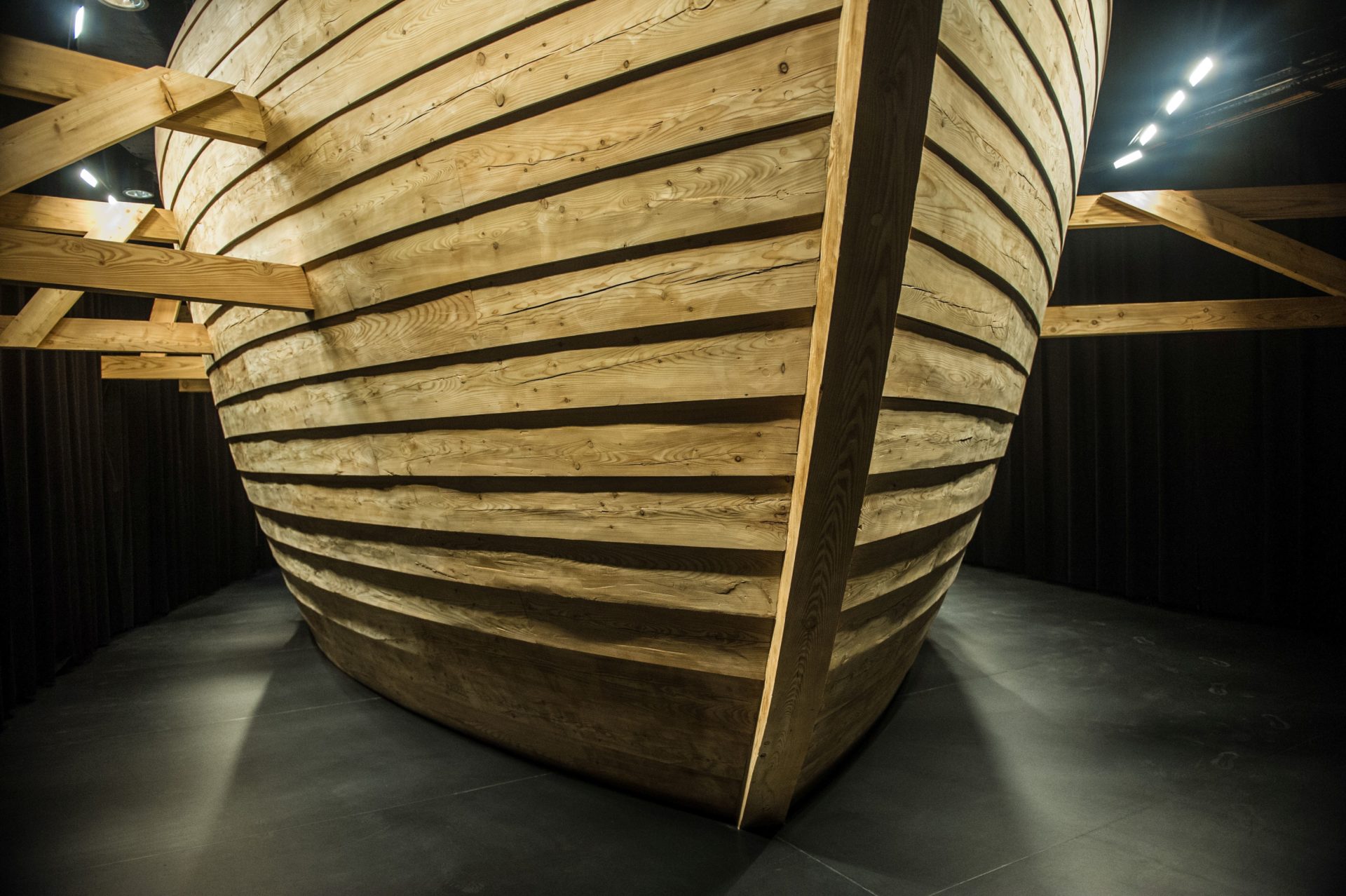